The yellow-naped Amazon is a green bird with a characteristic bright yellow patch on its’ nape (hence the name).  The tail is short with a band of reddish and dark green across the middle of the underside, and red feathers in the wings.

Taxonomy: (Amazon auropalliata)
Spanish Name: Lora
Conservation Status: ENDANGERED
Lifespan: Can live up to 60 years in captivity.
Distribution: The western coasts of Mexico down to Costa Rica, as well as eastern parts of Honduras and Nicaragua.
Behavior: The western coasts of Mexico down to Costa Rica, as well as eastern parts of Honduras and Nicaragua.
Diet: Nuts, seeds, berries and seasonal fruits.
Reproduction: Yellow-naped Amazons nest in natural tree hollows and rotten palm tree trunk holes.. Mated pairs will actively defend these sites against invading pairs. Nesting occurs in the dry season and the female incubates the eggs while both parents feed the nestlings. Parents remain with their offspring in the general vicinity of the nest for several weeks post-fledging and eventually lead their fledglings to their regular communal night roosts. Here, fledglings gradually become increasingly independent and join juvenile flocks that radiate out each day on their own to forage which will lead to eventual dispersal and further mating pairs upon adulthood.
Threats: They are hugely impacted by the illegal pet trade with, in some areas of their range, 100% of their nests being raided to take the juveniles. Habitat degradation also limits the areas they are found in which is driven through the development of agriculture.
At Alturas: Julieta is one of the staff and volunteer favorites, she can cry and laugh like a baby and loves to sing with our volunteers each morning. She cannot fly therefore stands on her open air perch each day to interact with our visitors. We also have a yellow-naped Amazon parrot in our large aviary with our macaws and a mealy Amazon parrot that was also kept as an illegal pet. We have tried to introduce Julieta to other parrots in the past but she doesn’t get along with any of them, and much prefers to talk to humans. 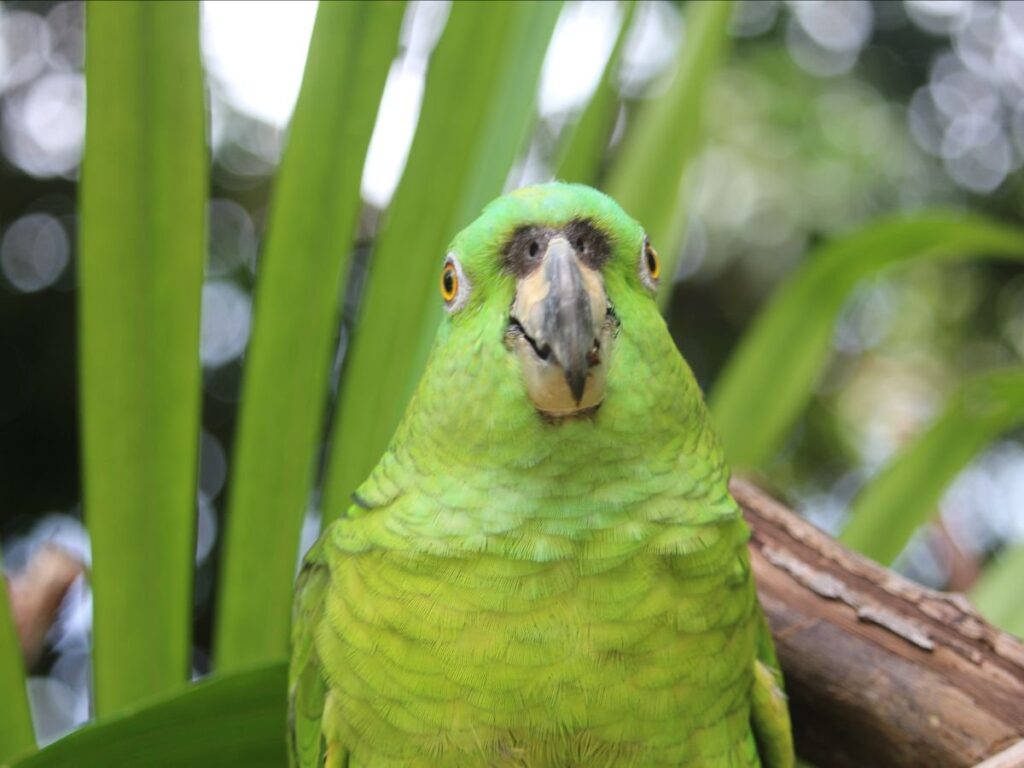