They are smaller than the common opossum with a longer slender body. They have thick, ‘woolly’ hair which is a greyish/reddish color. Their tail has fur about halfway up and then is naked with different pigments. 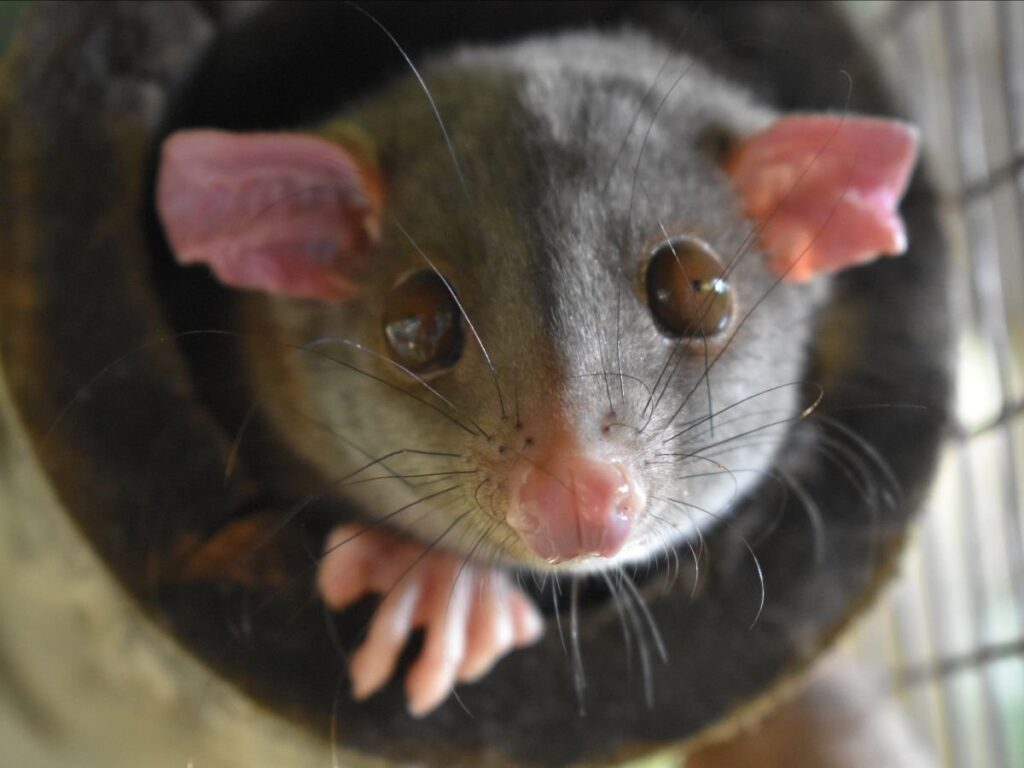