They can weigh up to 8kg and are covered in long, blonde, and brown fur.  They have a naked face and long limbs with two claws on their front limbs and three claws on their back.  Algae often grow on their fur, sometimes making them appear green in color.

The major difference between the two-fingered and three-fingered sloths in Costa Rica are;

Taxonomy: (Choloepus hoffmanni)
Spanish Name: Perezoso de dos dedos
Conservation Status: Least concern according to IUCN Red List
Lifespan: About 12-15 years in the wild and up to 31 years in captivity
Distribution: From southern Nicaragua to Brazil and Bolivia.
Habitat: Rainforests, mature secondary forests, occasionally in dry forests. Generally in areas with continuous canopy.
Behavior: From southern Nicaragua to Brazil and Bolivia.
Weight: Approx. 5-6 kilograms at maturity
Diet: They primarily eat leaves, buds, flowers and fruits. They eat a small amount of food compared to their body weight but their slow metabolic rate allows them to survive on this small amount. They have a four-chambered stomach, much like a cow, which allows them to digest a large amount of cellulose and to neutralize plant toxins.
Reproduction: Breeding is seasonal for the sloths and they often give birth at the start of the dry season. They only have one offspring at a time and in the event that a mother births twins, it is common for one of them to be rejected and abandoned. Offspring are born with claws that they use to hold on to their mothers. They become independent between six and nine months of age.
Threats: Due to their arboreal nature and excellent camouflage, they are generally quite well protected from natural predators however their most common predator is the harpy eagle and jungle cats. With biological corridors being destroyed, sloths are being forced to come to the ground to cross over roads and to reach surrounding trees, meaning they are much more vulnerable to interference from humans, road traffic collisions, and territorial predators. Due to the increased media coverage of sloths, more and more people are traveling to South American countries with the hopes to interact with and hold them, meaning that they are often exploited for these purposes.
At Alturas: Two-toed sloths are the second most common animal to be brought to Alturas Wildlife Sanctuary. We receive many babies that are either rejected and abandoned by their mothers or wrongfully rescued by humans. We also receive numerous adults that are victims of electrocutions, car accidents, and dog attacks. We provide refuge to an adult female who has a paralyzed limb. 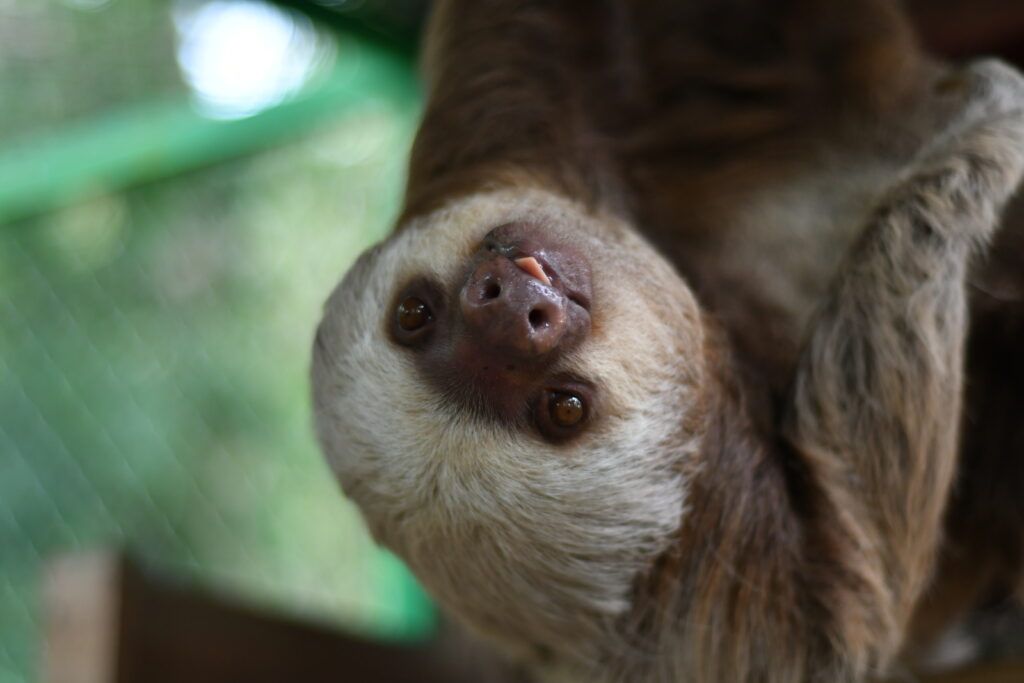 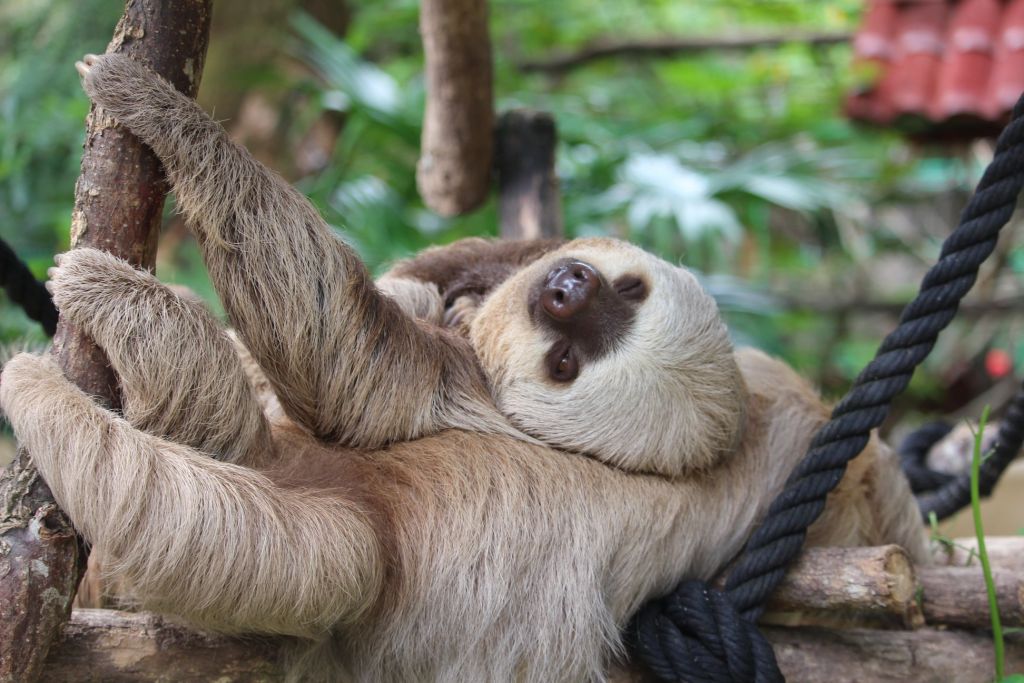 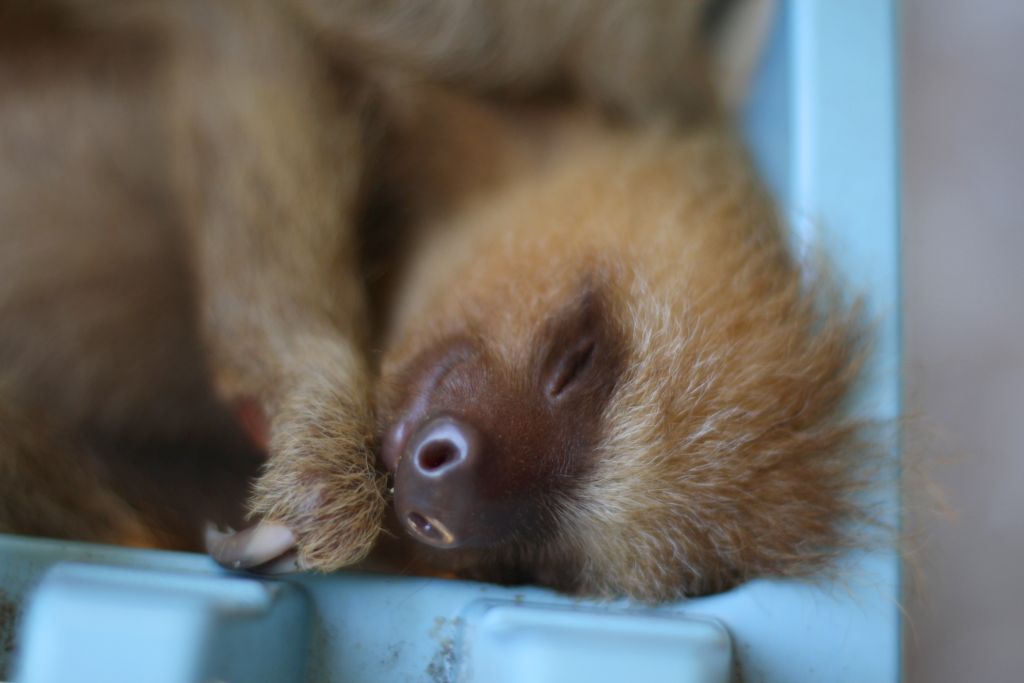 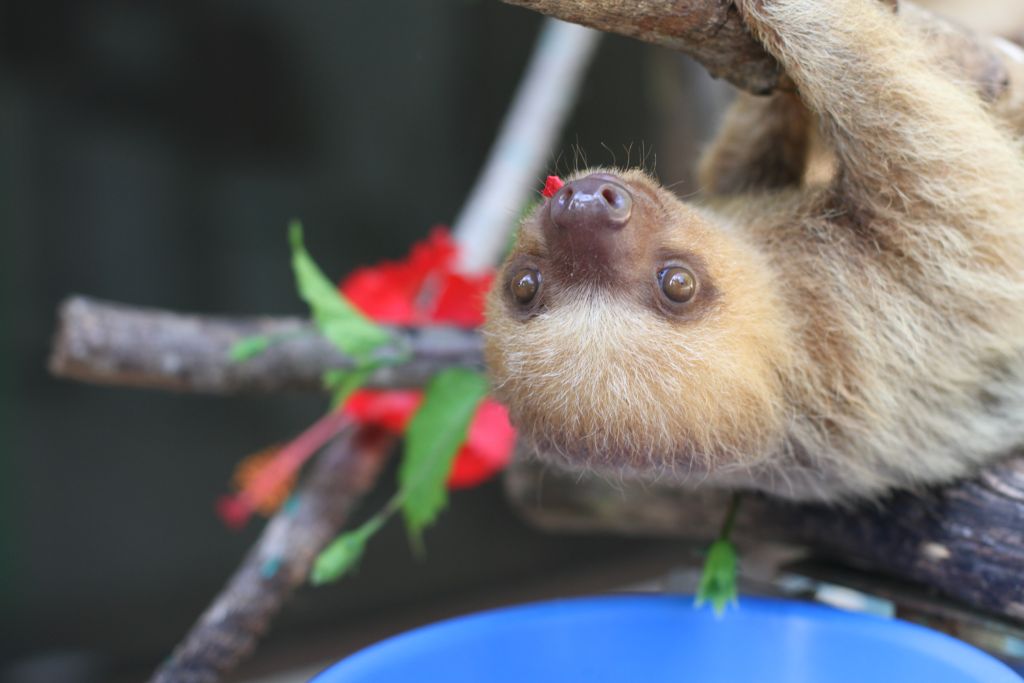 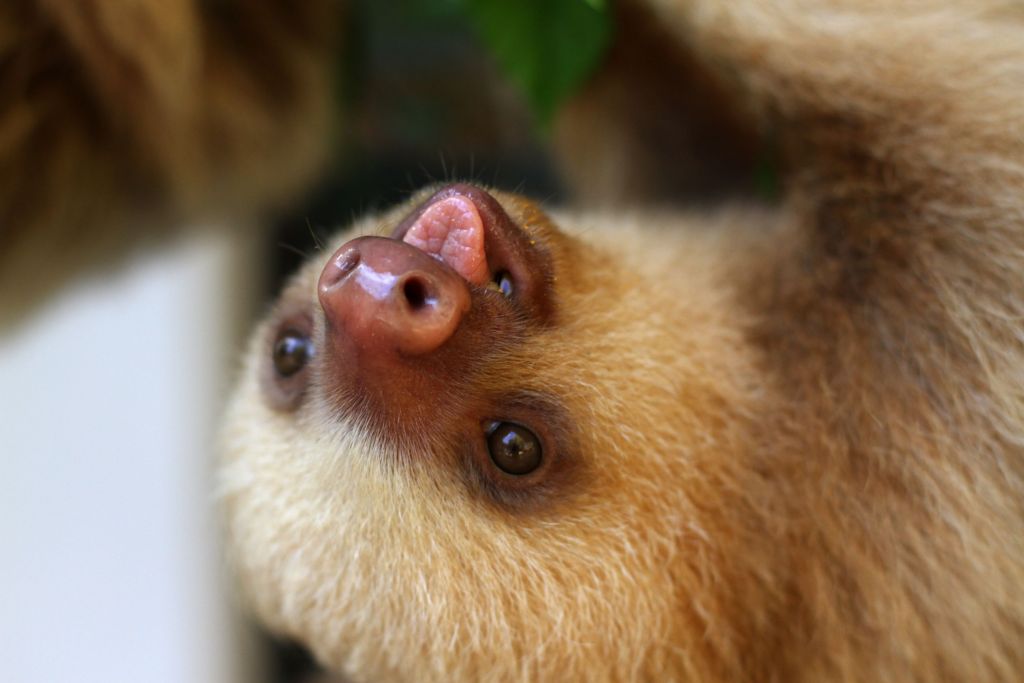 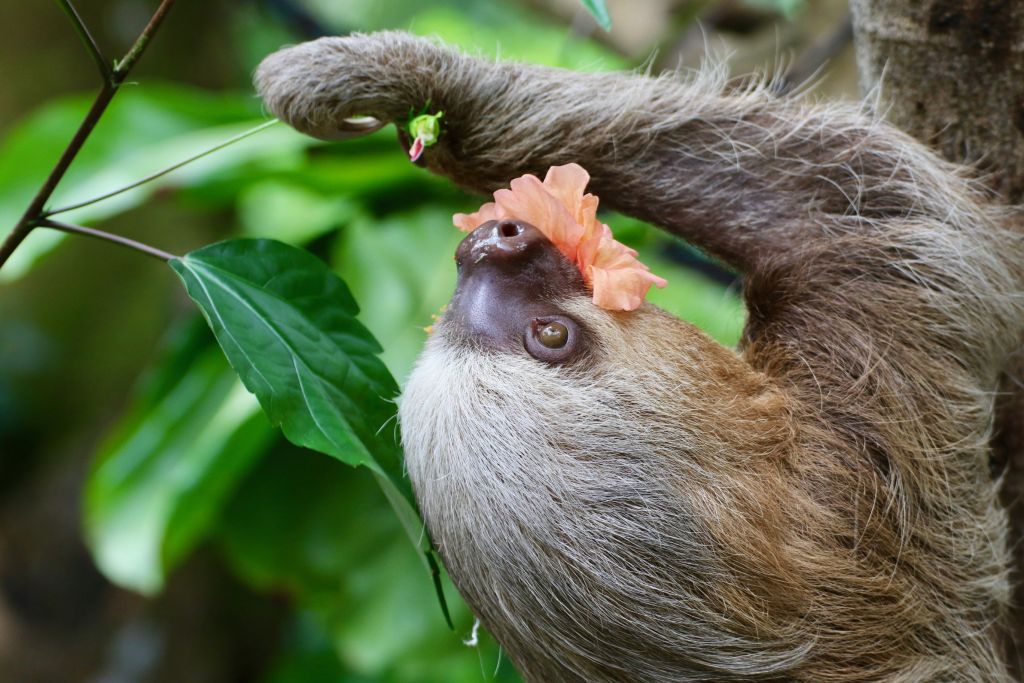 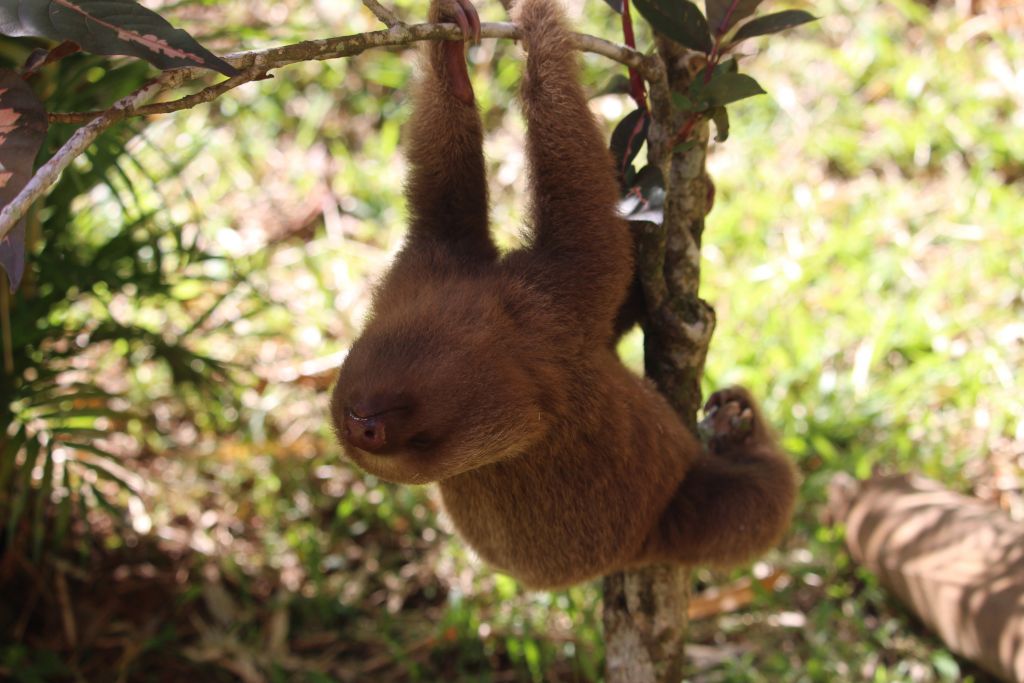 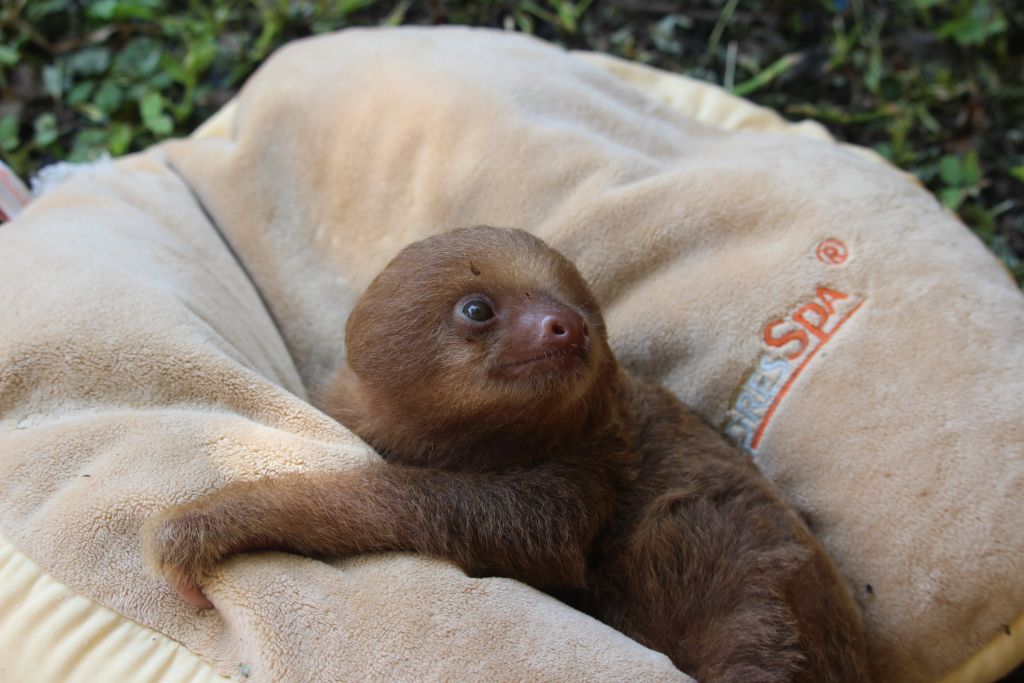 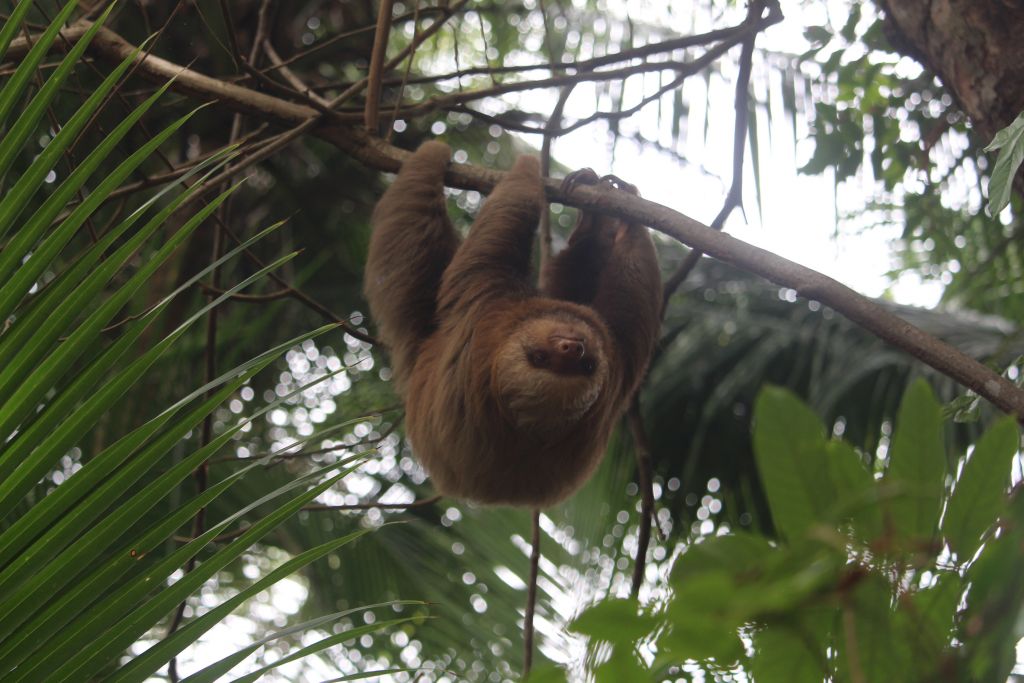 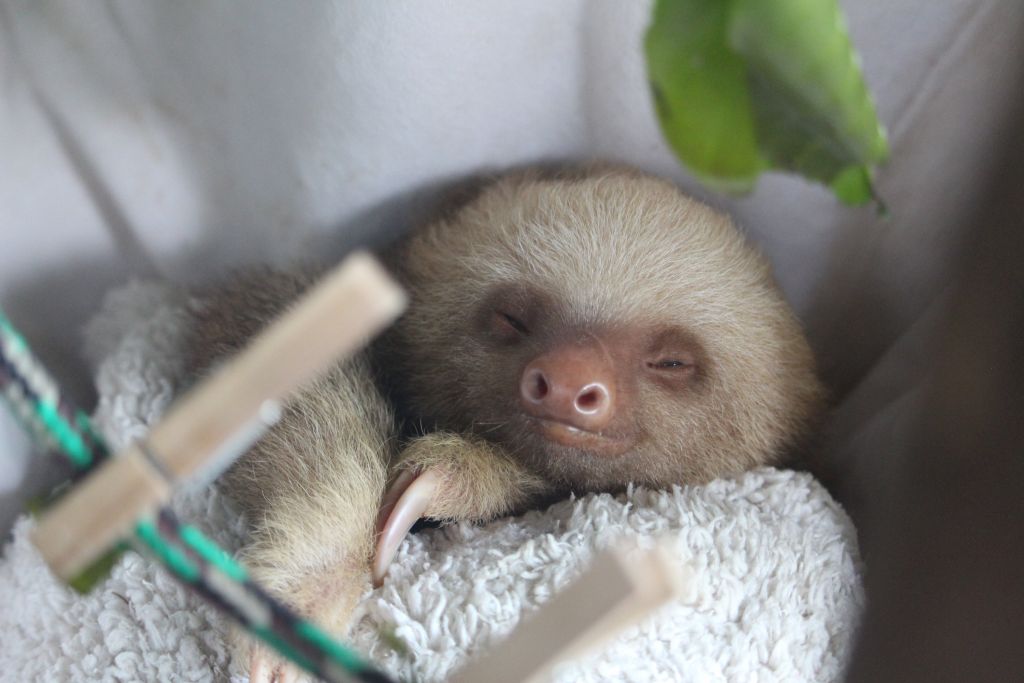 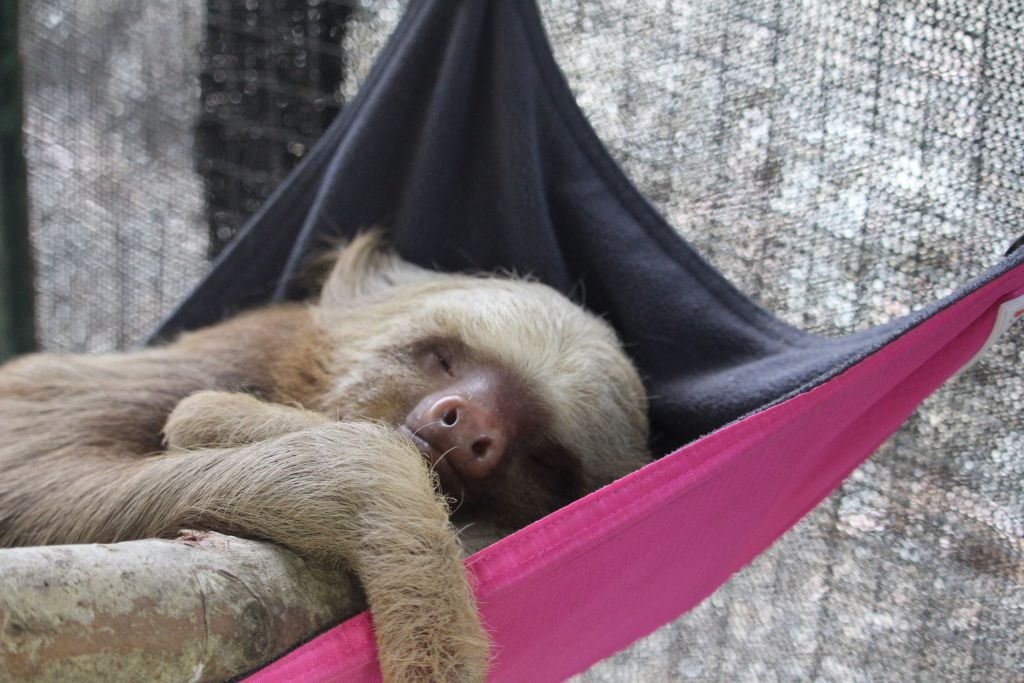