Ocelots can grow up to 16kg in weight, with males growing considerably larger than females. They have golden – reddish fur with black ‘rosettes’ all over their back and sides. Sometimes they can form long continuous, horizontal chains across their body. They have a distinctive white spot on the back of each ear. Their tails are a lot shorter than other cats within the Leopardus family which makes them relatively easy to distinguish. 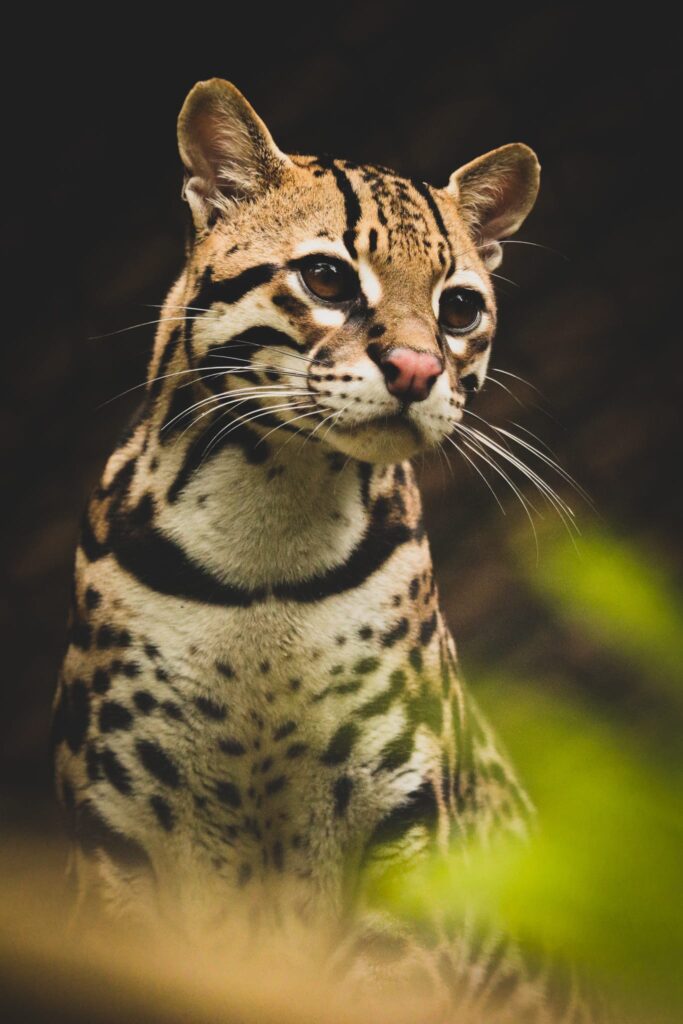 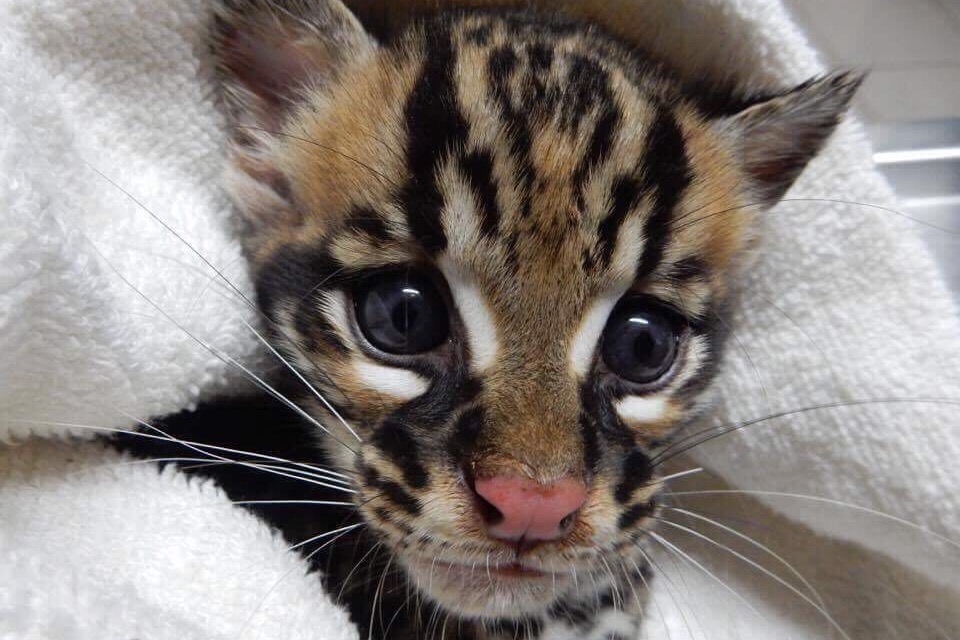 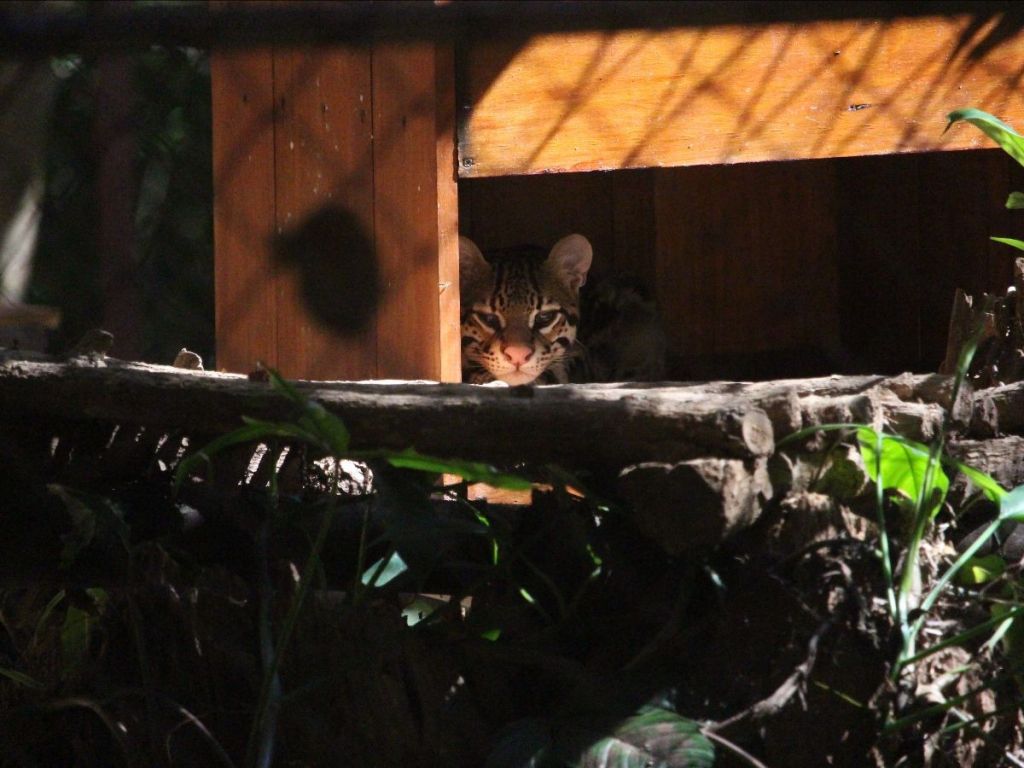 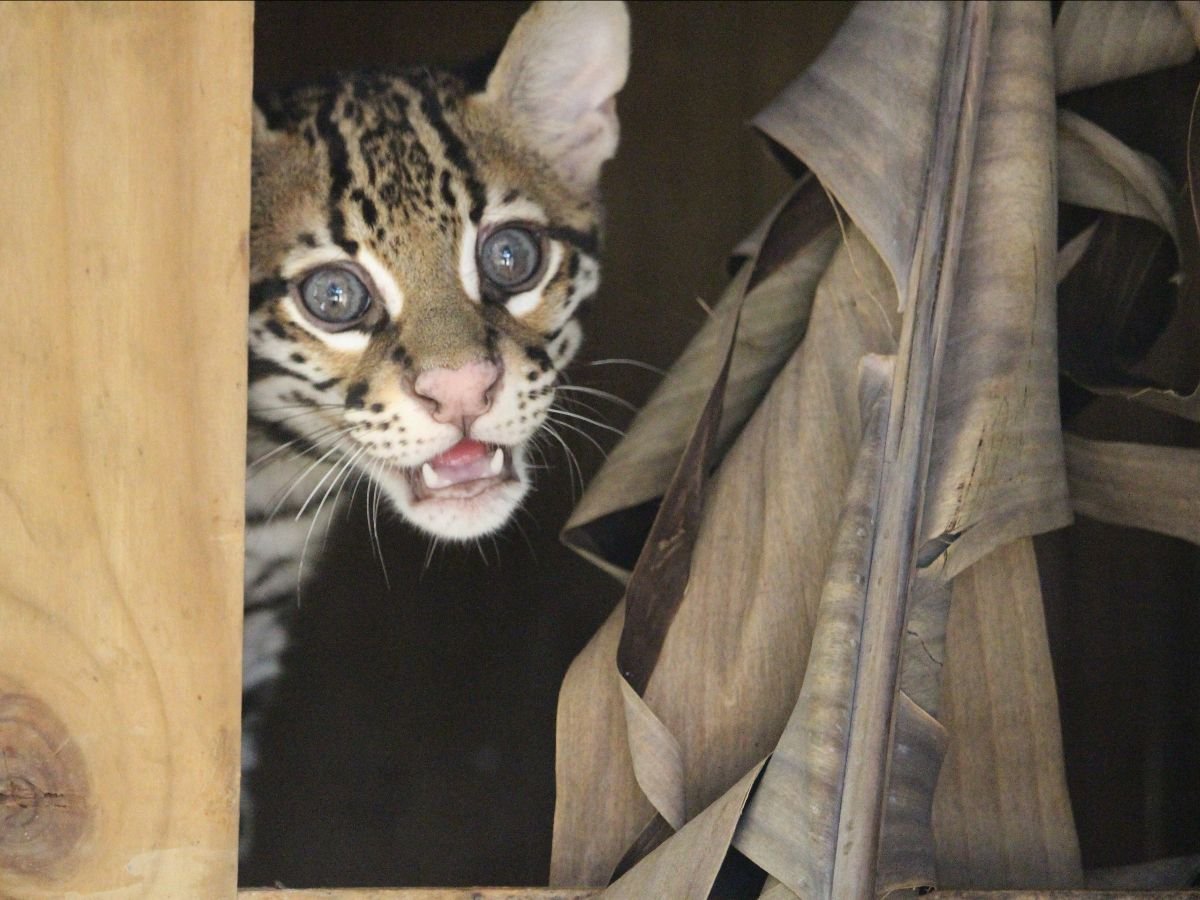 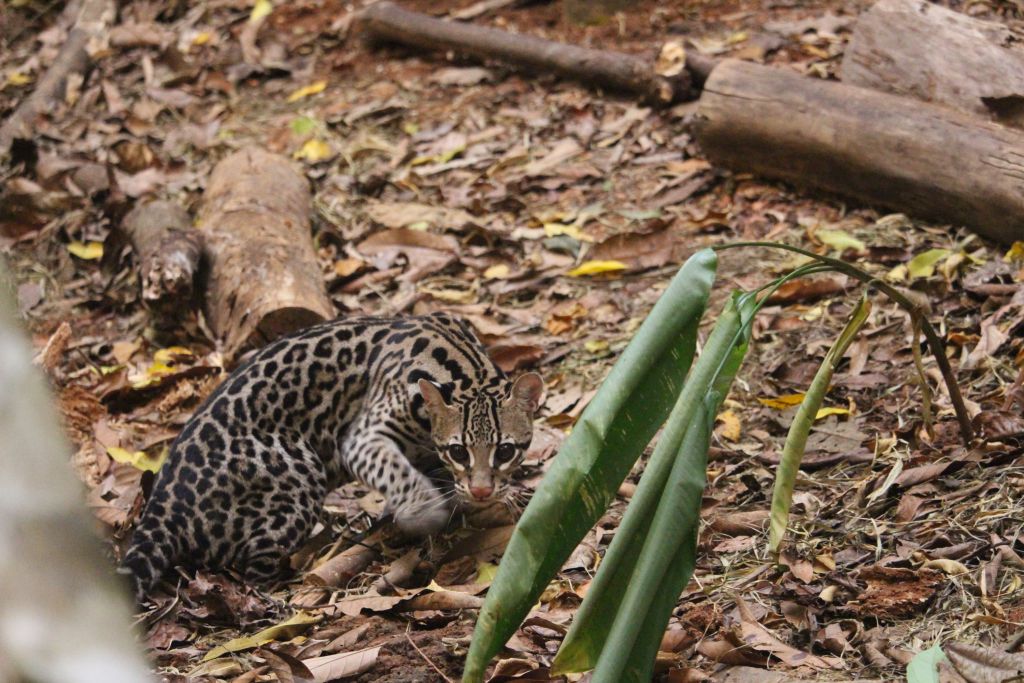