These anteaters are a lot smaller than their giant counterparts, and the largest found was just 7kg. They have a long tongue that can grow to 41cm (16”) which they use to collect termites and ants. They have strong fore limbs and sharp claws on their front legs with they use to defend themselves, as well as to rip in to termite nests. They have a long, naked, prehensile tail which they use to grip on to branches as they are moving through the trees, foraging for food, and protecting themselves from predators.

Taxonomy: (Tamandua mexicana)
Spanish Name: Oso hormiguero
Other Common Names: Lesser anteater, collared anteater
Conservation Status: Least Concern
Lifespan: 6-8 years; the oldest recorded in captivity lived to be 9.5 years of age.
Distribution: From southern Mexico, throughout central America, to northern Peru and northern Venezuela
Behavior: From southern Mexico, throughout central America, to northern Peru and northern Venezuela
Diet: Tamanduas will eat both ants and termites and have a great sense of smell to be able to look for their favorite kinds. They will steer clear of the ants that give off a chemical defense such as leaf-cutter and army ants, and will only eat certain types of termites, too! They do not have teeth, so their stomach is specially adapted to be able to grind down whatever they eat. They have also been observed eating bees and honey from their hives.
Reproduction: Females will breed once on a yearly basis and give birth to a single young. The baby will stay with the mother until they are around a year old.
Threats: It has been documented that tamanduas are able to adapt to a wide range of habitats which means they are not often affected by habitat destruction. However, here in Bahia Ballena, they are one of the most commonly documented animals that are killed in road traffic accidents. 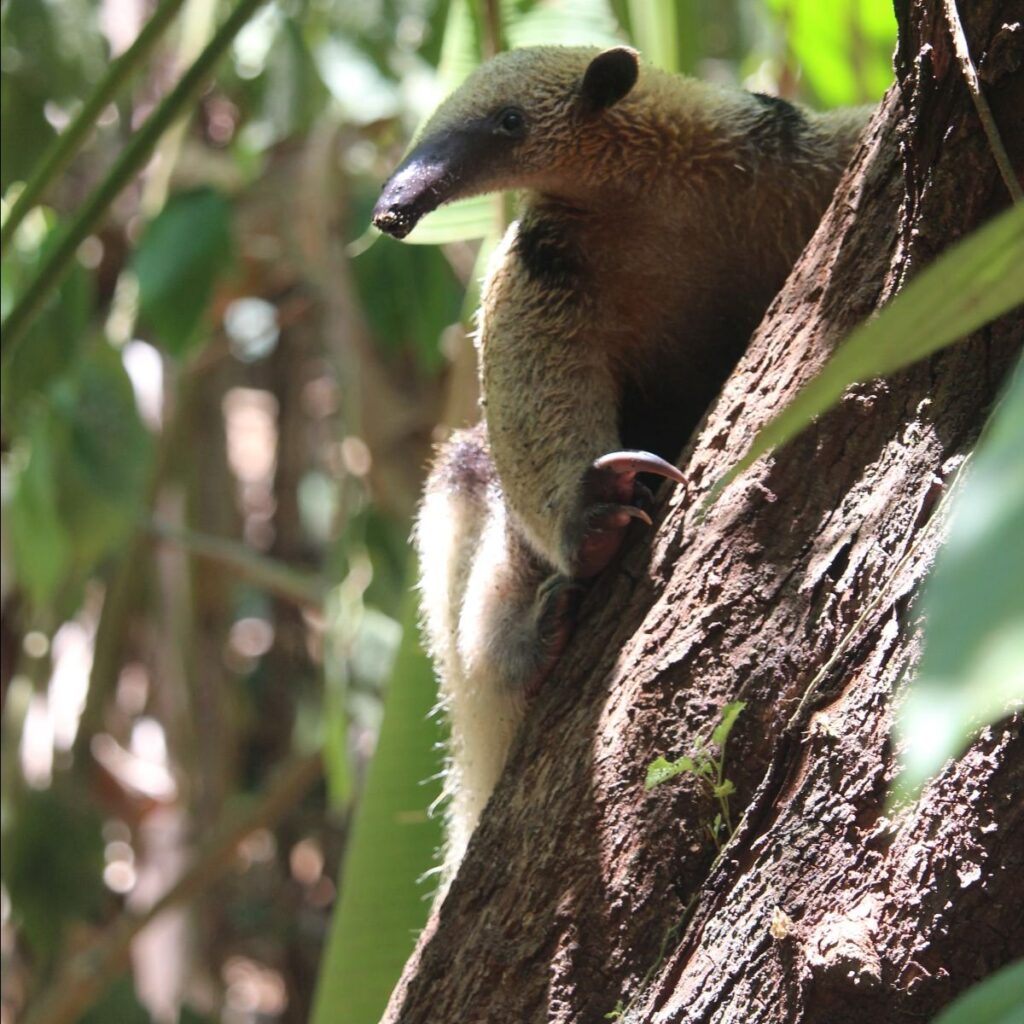 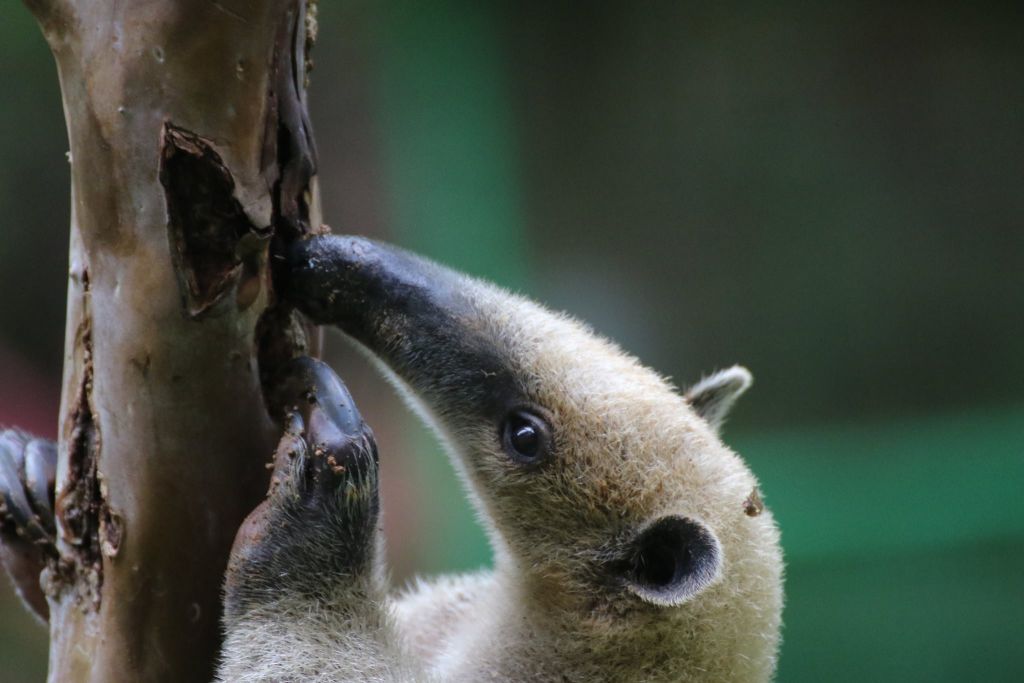 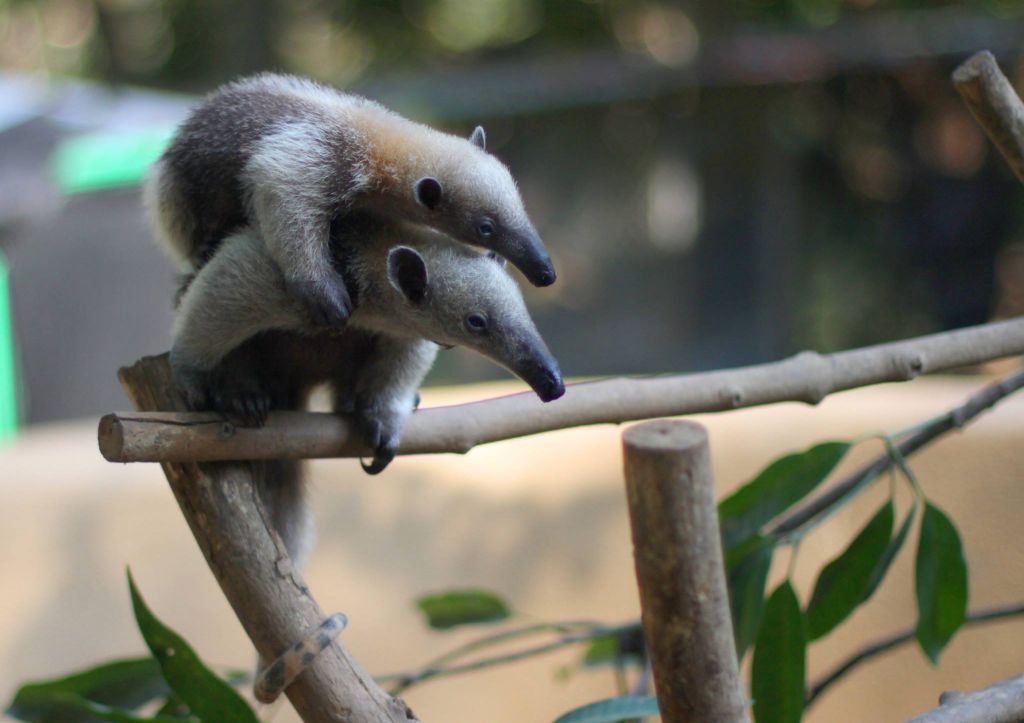 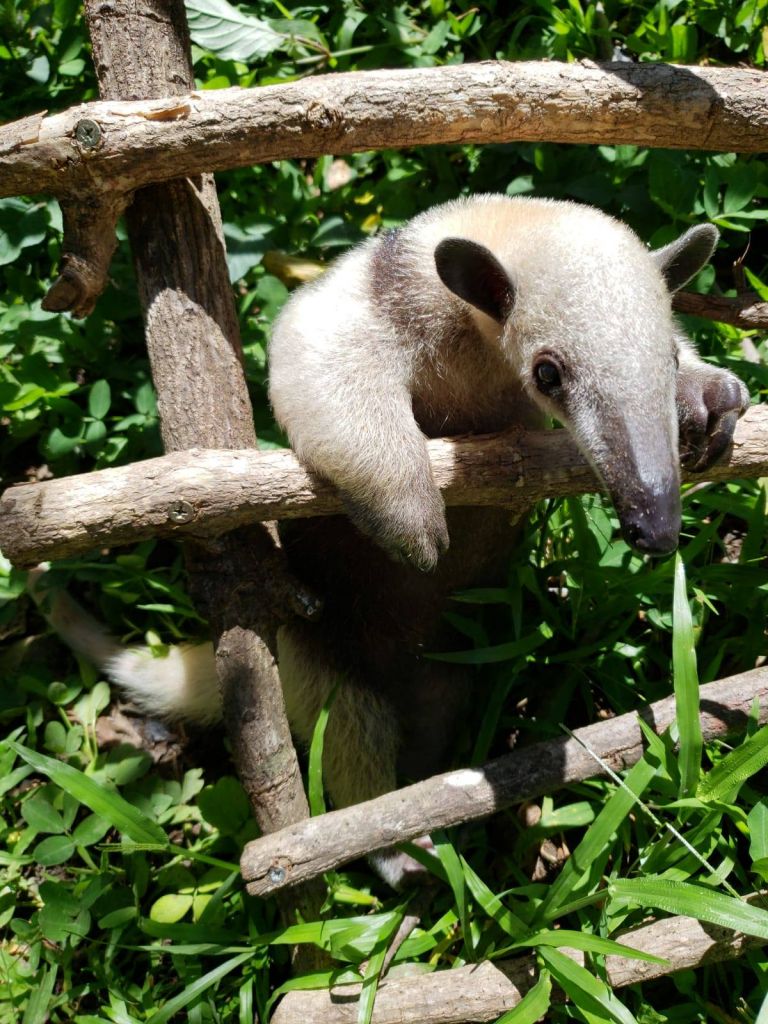 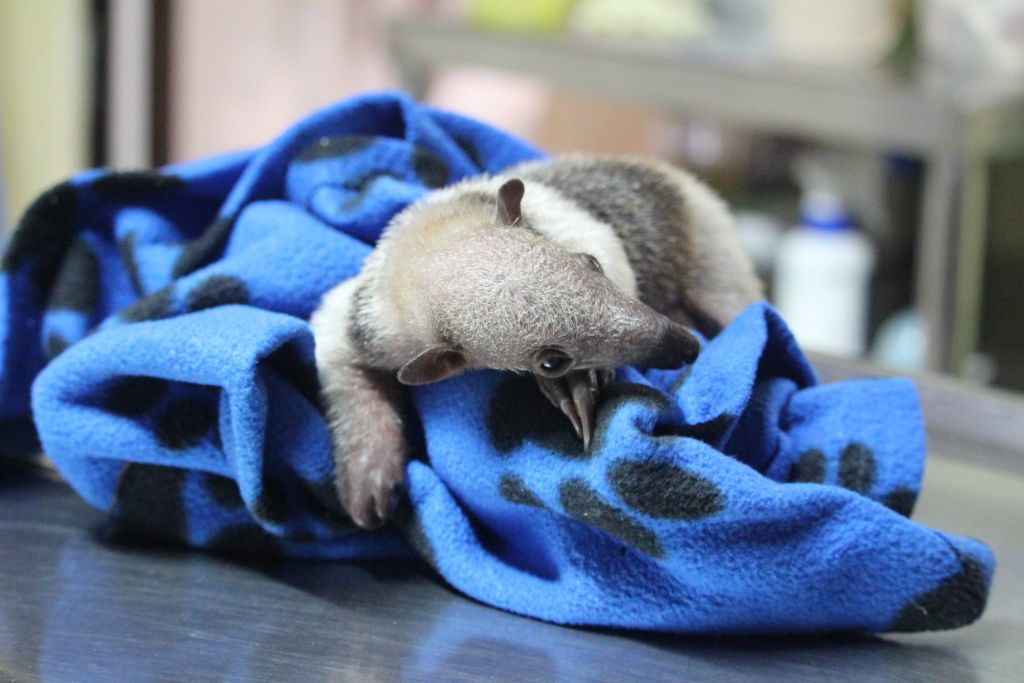 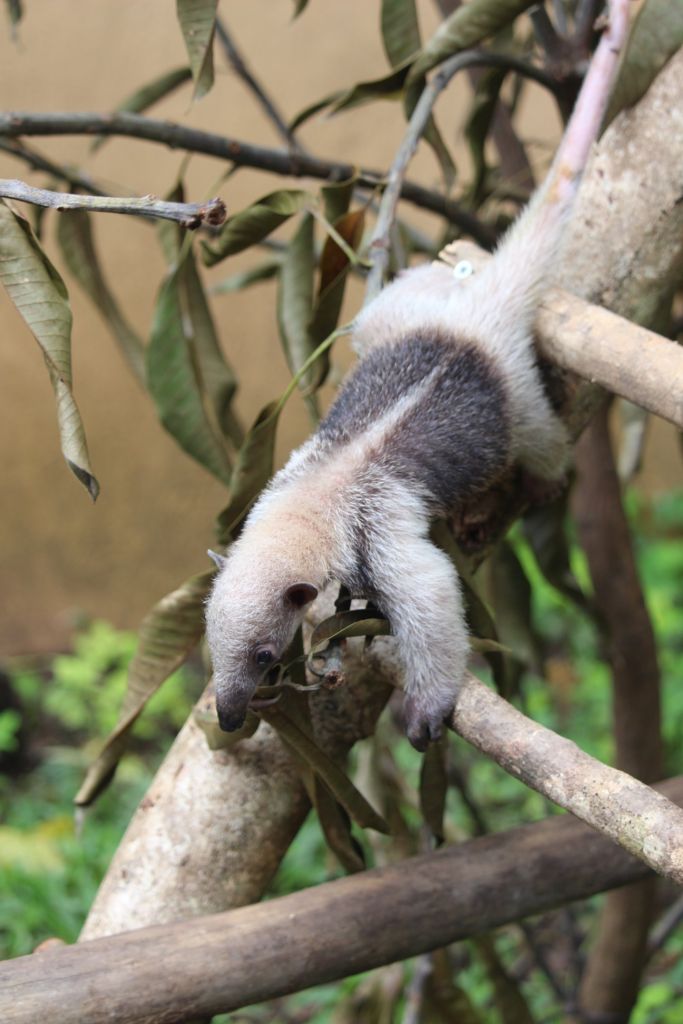 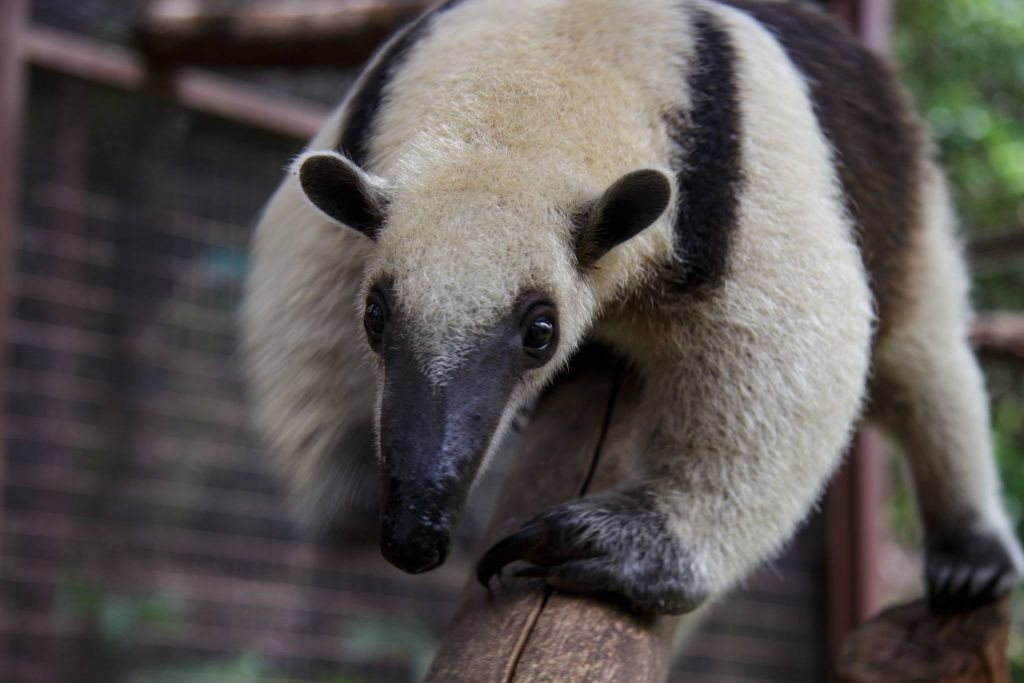 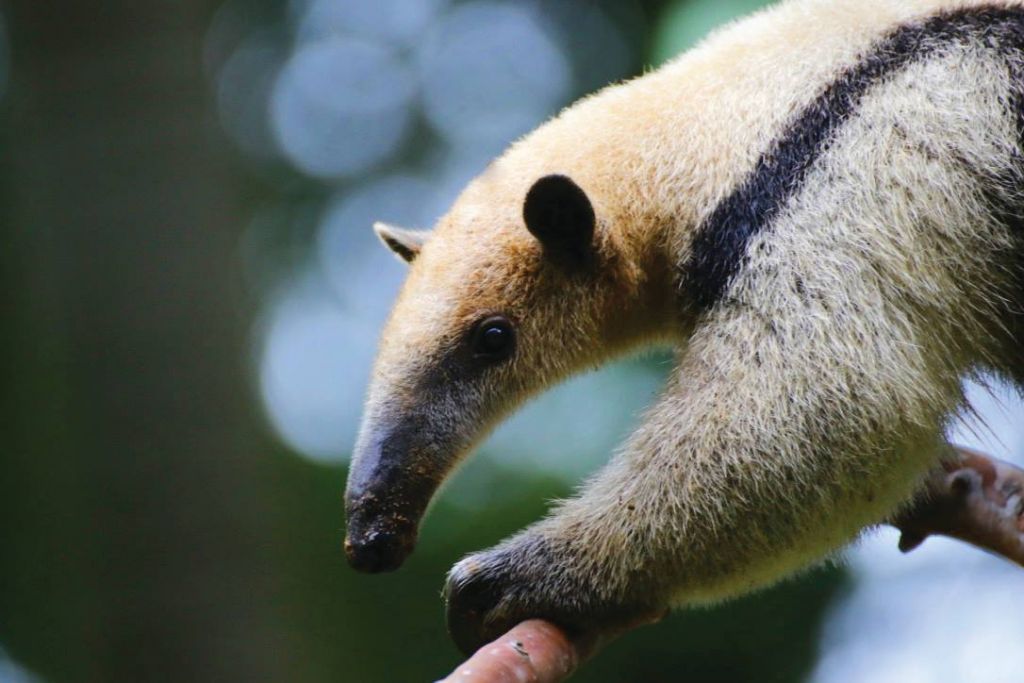