Adults weigh between 2-5kg and have thick brown-colored fur. They were originally mistaken for a lemur due to their long bodies and large eyes, however, have since been identified as being part of the Procyonid family and more closely related to raccoons and coatis. They have a long, prehensile tail

Kinkajous are a nocturnal, arboreal species in the order Carnivora. While they may look very different, they are closely related to the raccoon and coati. They generally eat upside down using their prehensile tale and hind feet to hold them up. Also, it is the only species of the genus Potos and was originally described as a lemur. You could see Jimmy the Kinkajou on our tour here at Alturas Wildlife Sanctuary.

Taxonomy: (Potos flavus)
Spanish Name: Martilla
Conservation Status: Least concern
Distribution: Found in neotropical forest regions, from southern Mexico through to Bolivia and parts of Brazil.
Habitat: Rainforests of Central and South America mostly living in trees.
Behavior: Found in neotropical forest regions, from southern Mexico through to Bolivia and parts of Brazil.
Diet: Mostly frugivorous, however, they have also been known to supplement their diet with insects, small vertebrae, and flowers. They have very long tongues which are thought to be used to also eat nectar and honey, when available.
Reproduction: Each group commonly comprises of two males, one female, and their various offspring, however, each member also mates with individuals in other family groups in neighboring territories. They can breed all year round and give birth to one or two young each time. Babies are around 4 months old when they become independent of their mothers.
Threats: Main threat is humans – they are found to be a popular pet in many countries but are also killed for their thick fur and meat. Thousands are exported, both dead and alive, from South America each year.
At Alturas: Although not a common animal at Alturas, we do receive many orphaned kinkajous which we are able to raise and release back into the wild, but also many adults that have been electrocuted or attacked by another animal. Here in our sanctuary, we provide a home for Jimmy who is partially blind and was found suffering from neurological damage when he was just a few weeks old. Jimmy is three years old and will not be able to be released, however, is cared for by our loving staff and volunteers. 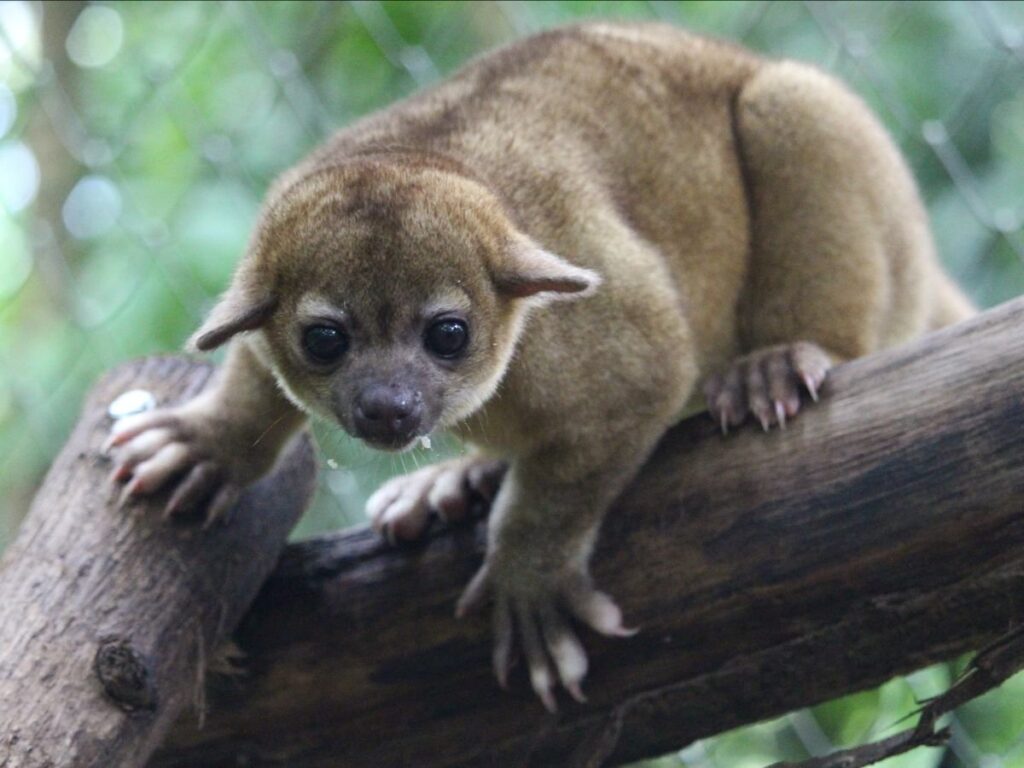 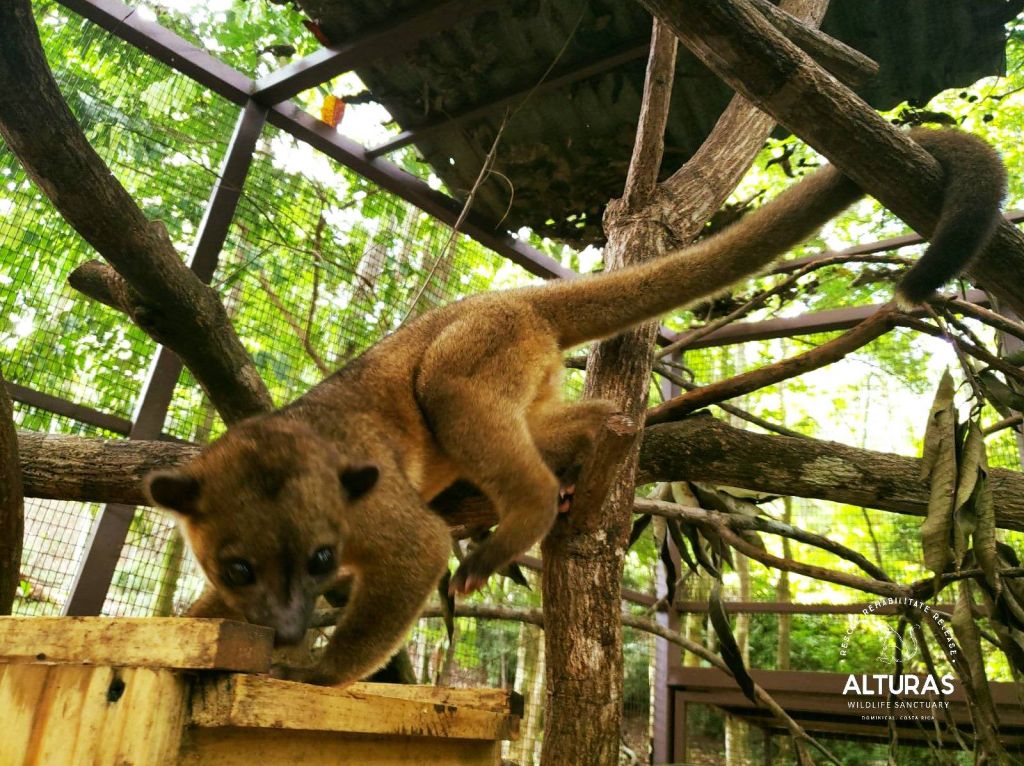 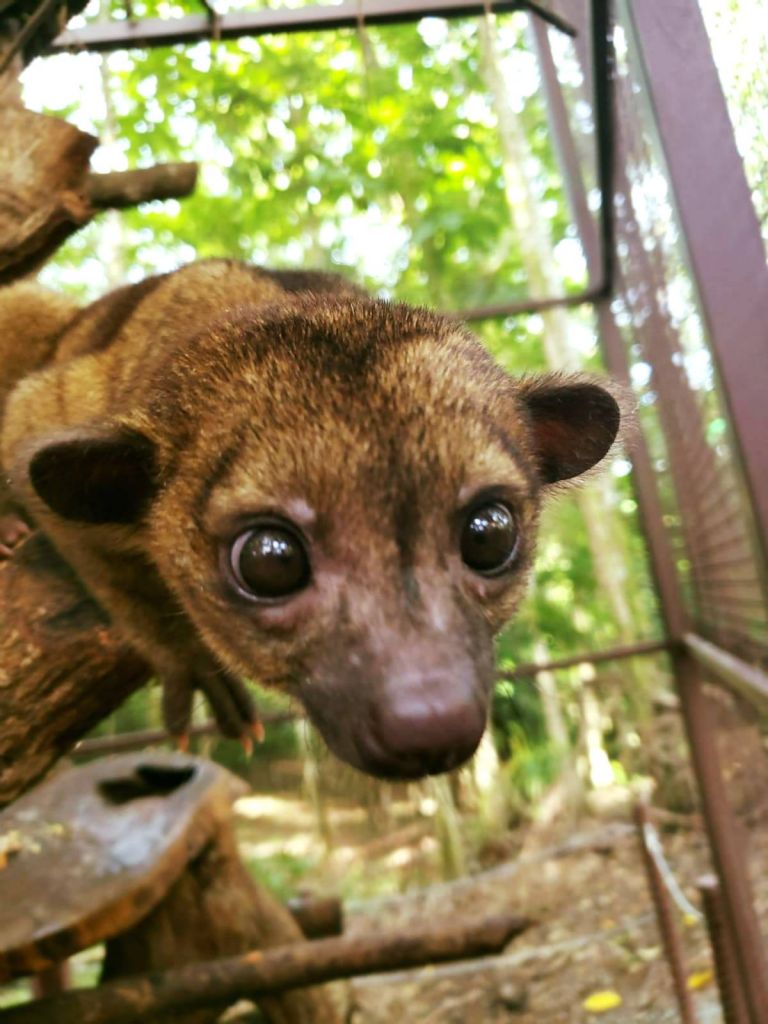 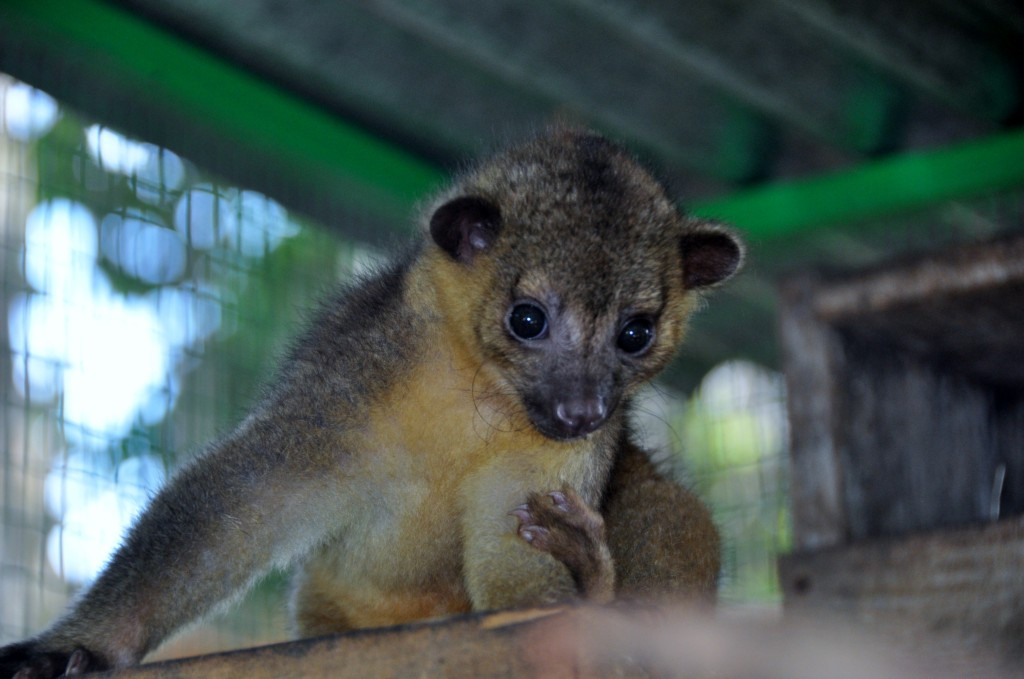