Adults weigh between 4-7kg, depending on sex. They are predominantly black with lighter coloring on their sides and mid-riff. Males have a very distinctive white scrotum which enables easy identification of the species! They have a fur-less face and a patch near the tip of their prehensile tail that is also fur-less and aids their movement through the trees. 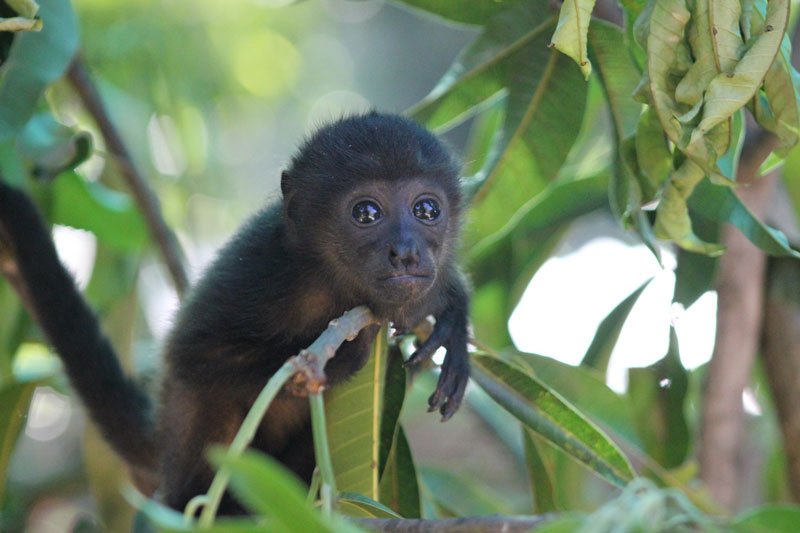 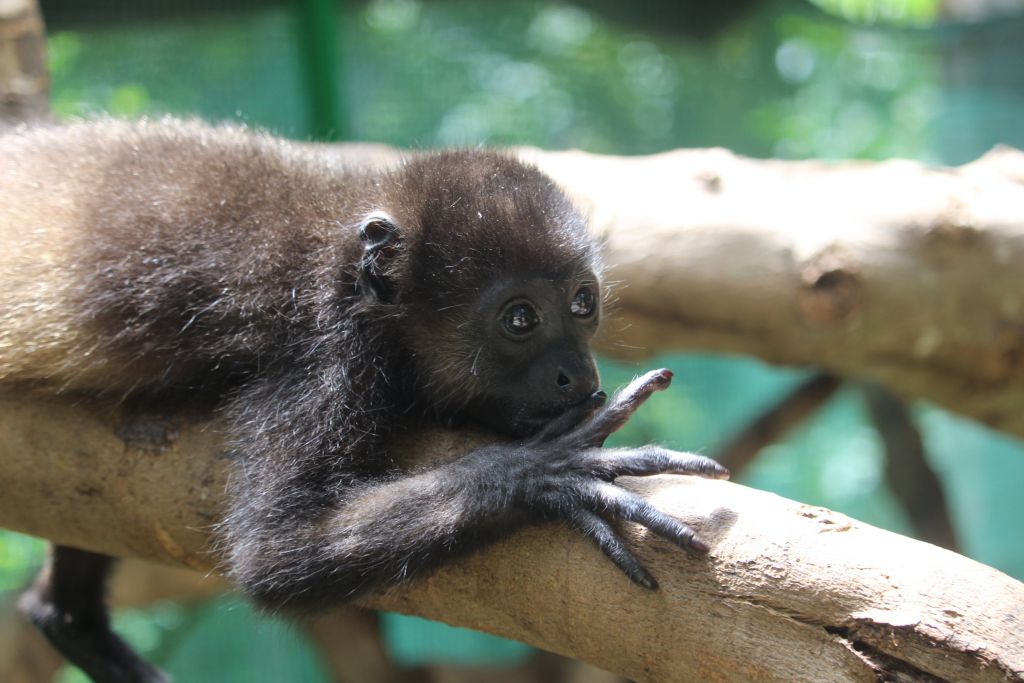 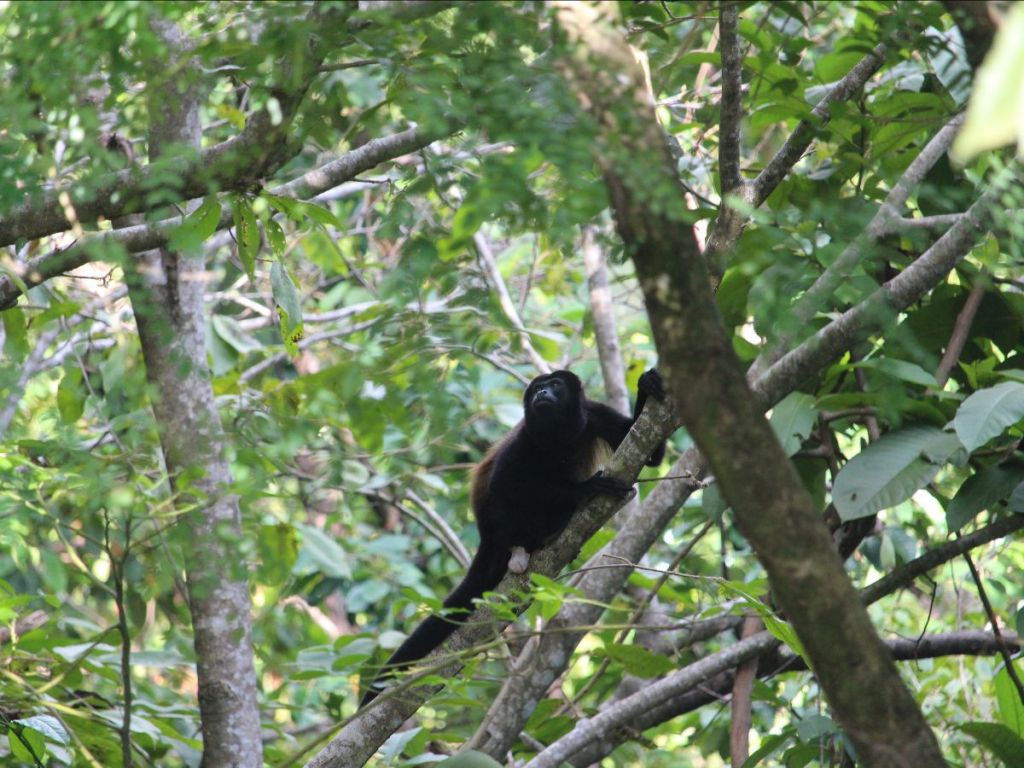 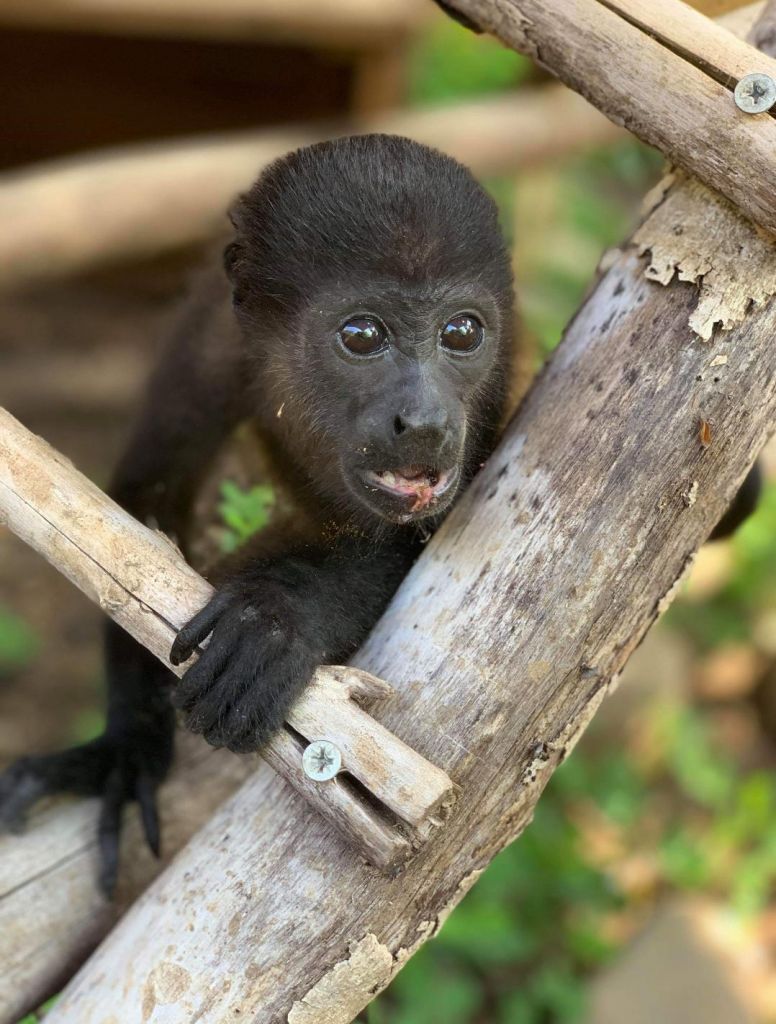 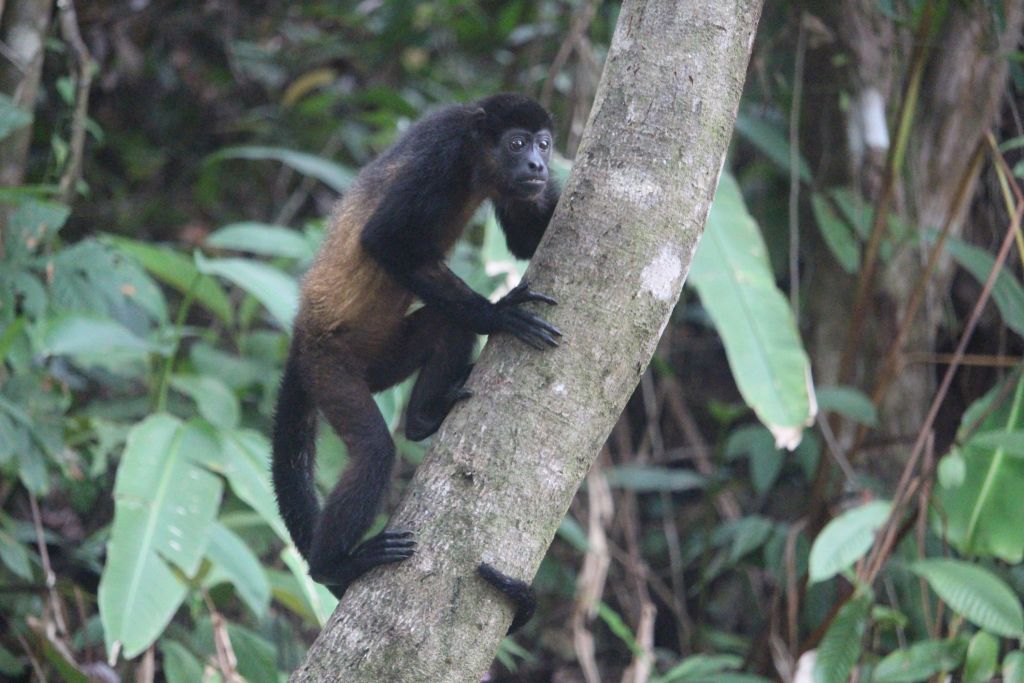 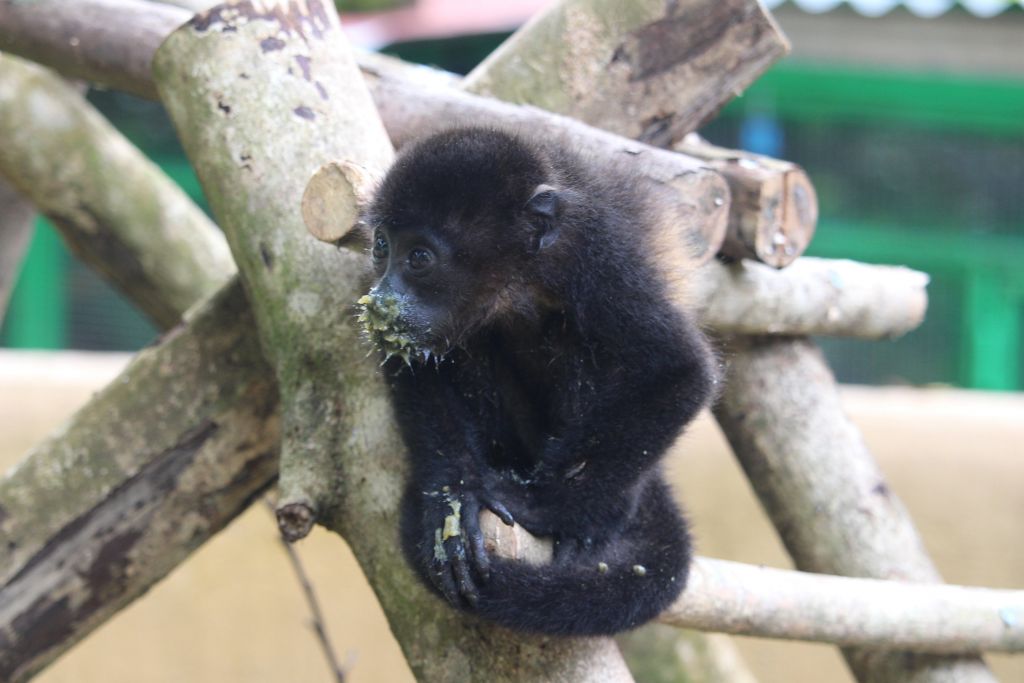 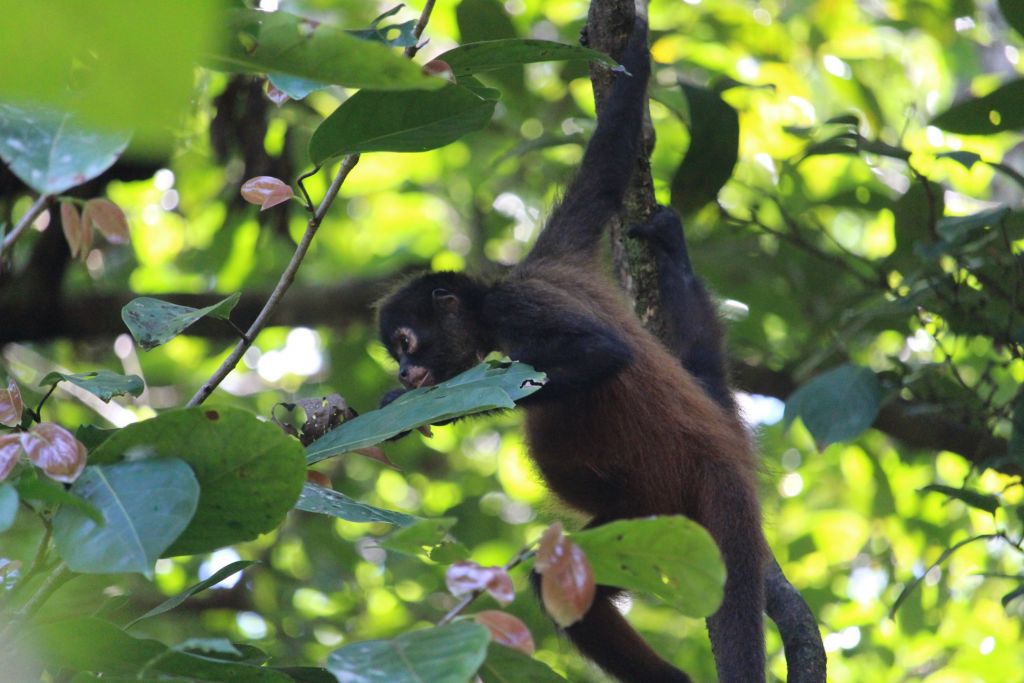 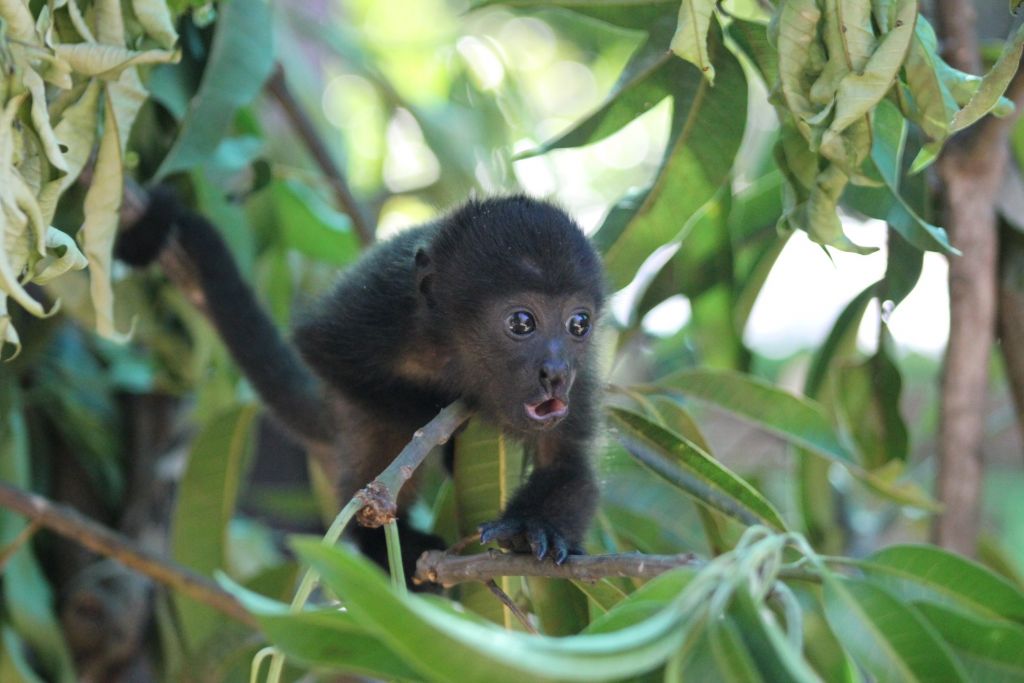 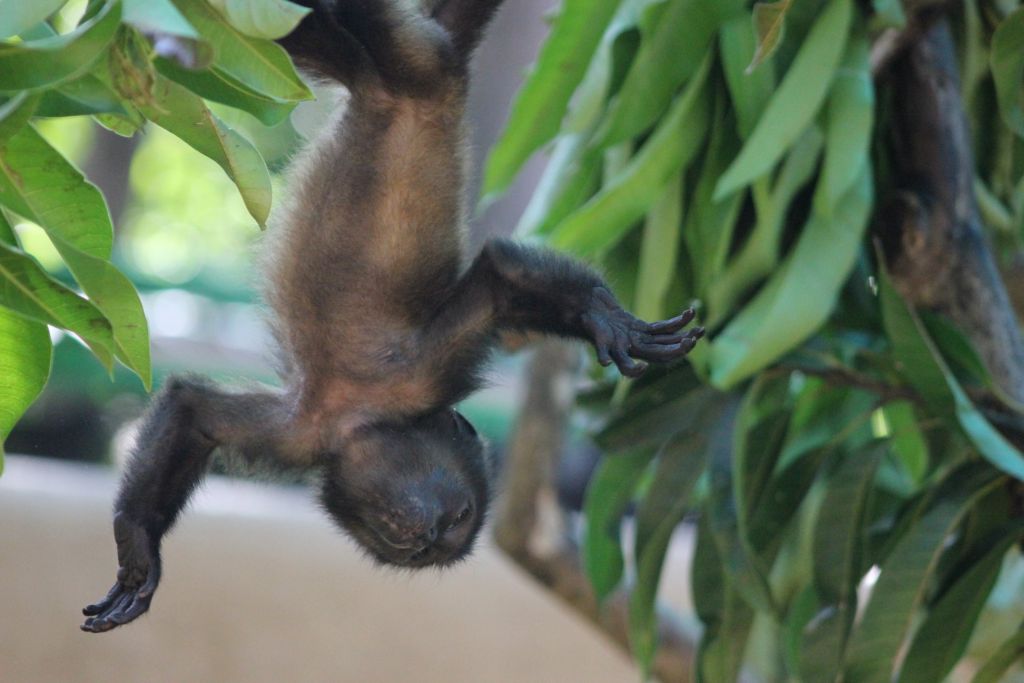