They are the largest primate found in Costa Rica, ranging in size from 30cm to 60cm in body length and an additional 60cm to 85cm for their tail! On average, they will weight around 6kg (14lbs). The color of their fur ranges from dark blacks and browns on their arms and legs, and red, golden and lighter brown hues featuring on their chests and backs. Their arms and legs are long and thin however boast impressive strength! Their long, prehensile tail is used as an additional limb and helps them move through the canopy with ease. 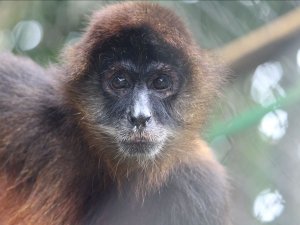