They are a larger rodent than you might imagine when thinking of a mouse. They are a brownish coloring that is lighter along the abdomen. They are about 1 – 4 kilos with slender bodies, short ears, and hoof-like claws on their toes. 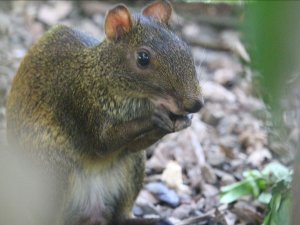